Lisa Morgenstern was raised the daughter of two orchestral musicians, their respective roots – Bulgarian and German – colouring her horizons as much as their occupation. As a child, she grew up with Stravinsky’s Rites Of Spring as a bedtime lullaby and, while other children watched Tom & Jerry, she gorged on VHS tapes of ballets, from Tchaikovsky’s Swan Lake and Sleeping Beauty to what she considers her most sacred influence, Prokofiev’s Romeo & Juliet. Indeed, though she began piano lessons at the age of five, performing competitively from a young age, ballet was her first true love – its elegance is still reflected today in the music she writes – and she spent much of her teens training to become a professional, only to be thwarted in her dream by a recurrent injury. She returned instead to music, the shadow of other parental preferences – to this day she warms up during soundchecks with songs by the likes of Frank Sinatra, Doris Day and Nina Simone – slowly enhanced by a growing love for punk, rock, metal and even Goth, all tempered by her affinity for choral works. (She’s also a crucial force behind Berlin’s leading Bulgarian Women’s Choir.) 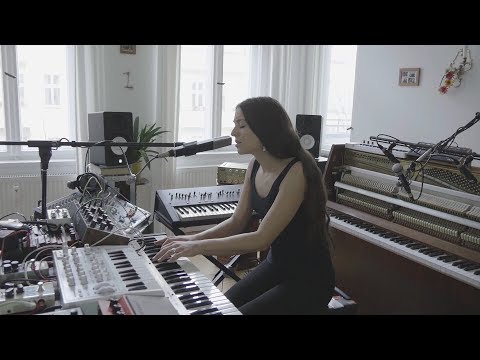